The name "Sodom", with its derivatives, surely does not evoke good and edifying things. So much it’s true that of "sodomites" is little spoken any more. With a brazen operation of "semantic make-up", we prefer to speak of "gay" or "different" people...
Jesus in the Gospels, several times speaks of Sodom. The following excerpt is taken from the Gospel of St. Luke (chap. 17): “Just as it was the same in the days of Lot: people were eating and drinking, buying and selling, planting and building. But the day Lot left Sodom, fire and sulfur rained down from heaven and destroyed them all. It will be just like this on the day the Son of Man (= Christ) is revealed”.
So Jesus compares the time of His final manifestation ("revelation") with the days of Lot, that is the days of Sodom. The emphasis is on an unexpected and shocking final occurrence (of which perhaps a tragedy such as that one of the "twin towers" may give an idea, though in the abyssal incommensurability of the two events). To underline the daydreamingness of a world which does not expect and does not wait for such an epilogue, Jesus made another comparison (Gospel of St. Matthew, ch. 24): “As it was in the days of Noah, so it will be at the coming of the Son of Man. For in the days before the flood, people were eating and drinking, marrying and giving in marriage, up to the day Noah entered the ark; and they knew nothing about what would happen until the flood came and took them all away. That is how it will be at the coming of the Son of Man.” But, compared to the antediluvian world, the sodomitic society described by Jesus, presents much more "advanced" features. One no longer speaks, here, of "taking wife" and "taking husband" as if the institution of marriage was gone. On the other hand, it is said that people "bought and sold." It gives us the shivers: that Jesus has made the comparison  with the "times of Sodom," to say that eventually we will be just like that?! But we already are like this!
"They bought and sold ..." one of the dominant themes of our time. "In the last days," the apostle Paul prophesied, “people will be lovers of themselves, lovers of money, boastful... lovers of pleasure rather than lovers of God” (2 Letter to Timothy, chapter 3).
Sexual perversions, therefore, but not only: here is the mirror image of the sordid opulence of our  satiated Western World. And since God is the same who made perish all the Sodomites in the fire, here is the solemn warning of God's Son: "it will be as it was in those days ..."
No wonder that God in his arcane wisdom, justice and providence, demolishes our superb idolatrous securities, so that someone at least may learn to raise his eyes to heaven. Just to an ex-industrialist, hedonistic man of the Umbrian land, converted to the faith and love of Christ, in a very miraculous way, years ago, in a period of profound suffering and intense penant prayer, there came words of prophecy, as these: let the reader understand.

The city will be emptied, the woman will not give birth; the genitals will become purulent.
The strong and the weak will pine away and become pale.
The news will diminish and will be scattered to the wind.
The press will wither and disappear.
Fishers of news will complain and mourn and
fishers of men will complain and remain desolate.
Manufacturers, business-men and stylists will be confused and will turn pale.
The economy will collapse and the workmen will be dismayed.
How intelligent are the leaders of science !
The most clever of the president's advisers form a stupid council.
How can they say: "I come from famous schools and teachers ?!"
Let them reveal to you what the Lord of Hosts has decided against pride.
(From Prophesy, Marcello Ciai, 1995) 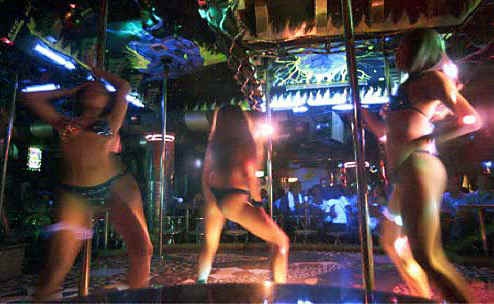